What are IGCSE Examinations?

IGCSE examinations are tests of academic attainment and are taken in individual subjects. Currently at Dar El Tarbiah there are around 20 subjects offered. Dar El Tarbiah requires that a student be successful in at least five IGCSEs to continue into the Sixth Form. In reality, most of our students take a greater number of subjects than this: indeed, in the 2011 examination session 34% of the Form Five candidates gained 9 IGCSEs and above.


Students at the end of Form Three select their IGCSE options and are helped to make their choices by their subject and form teachers, the Head of the Intermediate School and the IGCSE Coordinator. English Language, Spanish Language, Mathematics and Physical Education are compulsory subjects which all students take. Students then select five options from such areas of the curriculum as the Sciences, the Social Sciences and the Creative Arts. The aim is that students take a broad range of subjects which will intellectually test and develop them as fully as possible.

Students then follow a two-year course of study in Forms Four and Five based on the IGCSE syllabi which are determined by UCLES. At the end of the two year period students are entered for the relevant examinations.

These examinations are prepared, and marked by UCLES, who subsequently issue the grades. These, therefore, are external public examinations. Some Dar El Tarbiah students do take some subjects early, and not at the end of Form Five. At Dar El Tarbiah we have consistently enjoyed great success in Mathematics and Spanish as a Foreign Language achieving 100% pass-rates with students in Form Four and even Form Three.

The Format of IGCSE Examinations

The format of the examinations depends upon the subject. With the exception of Art and Design they all involve at least one written paper. Second Languages include a short oral examination that is recorded and sent to Cambridge. Language comprehension examinations involve questions on pre-recorded CDs that students listen to and answer. Biology, Chemistry and Physics require practical examinations. Various subjects include coursework written during the course and sent to Cambridge to be included in the final grade.

The emphasis in IGCSE examinations is on the ability to analyse and use factual material, to develop hypotheses and test ideas, rather than on simply recalling factual information. It is not necessarily what one knows that is considered important at IGCSE, but rather, how one uses acquired knowledge to achieve an analytical outcome. 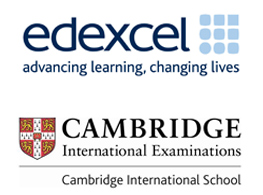 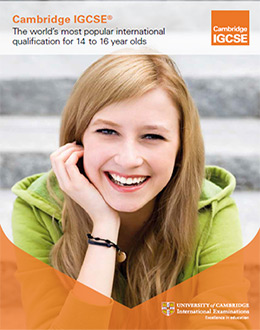 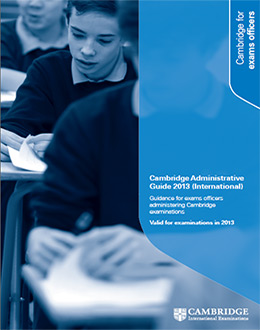